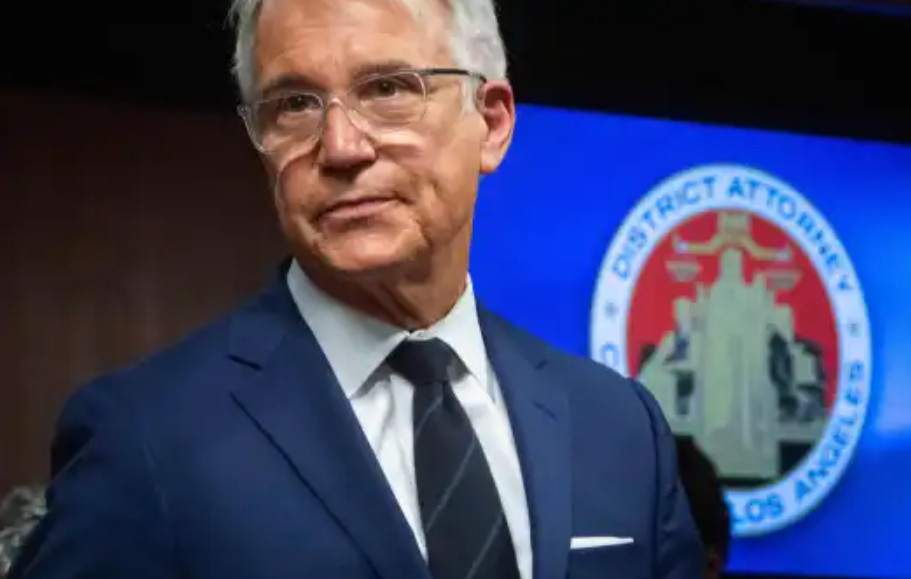 George Gascón’s “Special Directives” as they relate to the pleading and proving of sentencing enhancements and allegations are illegal and unenforceable.

LA DA George Gascón and the Demise of his “Special Directives:”

George Gascón’s “Special Directives” as they relate to the pleading and proving of sentencing enhancements and allegations are illegal and unenforceable.

When first elected to be Los Angeles County’s District Attorney in November, 2020, George Gascón immediately announced a number of “Special Directives.”  In a nutshell, these Special Directives (as relevant here) prohibited Los Angeles’ deputy district attorneys in most new cases from alleging in a charging document (i.e., complaint, information, or indictment) any prior serious or violent felony convictions (commonly referred to as “strikes”) under the three strikes law, or other “sentence enhancements” (e.g., firearm usage, GBI infliction, etc.).  The Directives also required deputy district attorneys in pending cases to move a trial court to dismiss or seek leave to remove from the charging document allegations of strikes and sentence enhancements. In potential capital cases, special circumstance allegations that could lead to a sentence of life without the possibility of parole were not to be alleged.  Gascón’s stated objectives in imposing these policies on his deputies were to promote the “interests of justice and public safety” by reducing long sentences that, in his never-to-be-so-humble opinion, “do little to deter crime.”  The obvious result of imposing this “progressive” philosophy upon his deputies is (and has been) the release of criminals back onto the streets years earlier than would have otherwise occurred.

Well, the vast majority of his own deputies—not to mention a significant segment of the general public, as evidenced by the current effort to recall Gascón from office—do not agree with this philosophy.  As a result, the LA. Deputy DA Association filed suit to stop the insanity.  (See The Association of Deputy District Attorneys for Los Angeles v. Gascon (June 2, 2022) __ Cal.App.5th __ [2022 Cal.App. LEXIS 481].)  A second (criminal) case decided at the same time discussed the DA’s authority as it relates to Pen. Code § 1385 (dismissals “in the interest of justice.”). (See People v. Nazir (June 2, 2022) __ Cal.App.5th __ [2022 Cal.App. LEXIS 480].)  In the first case, the appellate court ruled that George Gascón cannot legally order prosecutors to sidestep elements of the state’s 3-strikes law, and cannot similarly require his prosecutors to drop or withdraw special circumstance allegations that could lead to sentences of life without the possibility of parole.  Per the Court: “(T)he Legislature created a duty . . . that requires prosecutors to plead prior serious or violent felony convictions to ensure the alternative sentencing scheme created by the three strikes law applies to repeat offenders.”

While it was noted that the 3 strikes law does not require prosecutors to prove that those prior convictions or strikes are true, and may ask to eliminate or drop sentencing enhancements for reasons unrelated to an individual defendant or the evidence in a specific case, Gascón’s requirement for an across-the-board refusal to allege and prove prior strikes and certain enhancements, or to dismiss them as a general policy, is illegal.  Per the Court: “(T)he voters and the Legislature created a duty, enforceable in mandamus, that requires prosecutors to plead prior serious or violent felony convictions (and other sentencing enhancements) to ensure the alternative sentencing scheme created by the three strikes law applies to repeat offenders.”

The Second District Court of Appeal further held in Nazir, supra, that “(c)ontrary to the position of the district attorney, . . . a prosecutor’s motion to dismiss an enhancement under section (Pen. Code §) 1385 is not ‘a constitutionally protected exercise of prosecutorial discretion,’ and the trial court may deny such a motion. . . . (O)nce a district attorney files charges and invokes the court’s jurisdiction, only the court, not the district attorney, can dismiss an action or enhancement under section 1385. . . .  The district attorney’s argument (that) the trial court ‘lack[s] the power to deny’ a prosecutor’s motion under section 1385 is contrary to the Legislature’s decision in 1872 to abolish nolle prosequi.” (“Nolle prosequi” refers to a formal notice of abandonment by a plaintiff or prosecutor of all or part of a suit or action.)

The bottom line is that the Second District Court of Appeal in these two decisions blew a big hole in George Gascón’s belief that he has the power to unilaterally impose a “progressive” philosophy on the pleading and proving of criminal cases, thus reducing sentences, while ignoring the will of the People as that will has been statutorily enacted via a duly elected Legislature and/or the initiative process.  But we know Gascón won’t go down without a fight.  Expect these cases to be appealed to the California Supreme Court.