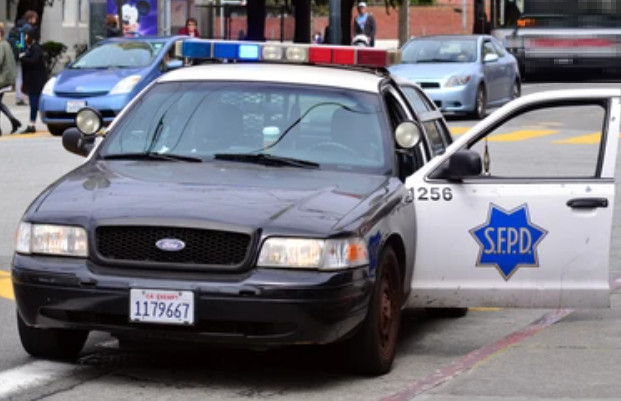 Drug Dealers and Their Constitutional Rights

It’s not much of a secret that the City of San Francisco has over the years developed some serious social issues, what with open drug dealing and general homelessness plaguing certain areas of the city.  I won’t get into the politics of those problems, or even the social aspects involved.  But I do note that at least San Francisco’s City Attorney has attempted to do something about the drug dealing going on within San Francisco by filing lawsuits targeting some 28 known street-level drug dealers, seeking permanent injunctions ordering the defendants “to stay away from the proposed Tenderloin Drug Abatement Area and any area of the City and County of San Francisco where ‘(defendants have) engaged in the illegal sale of controlled substances.’”  In its suit, the City alleges that the defendants’ drug dealings constitute a public nuisance (Civ. Code §§ 3479, 3480) and violate unfair competition laws (Bus. & Prof. Code § 17200 et seq.)  Before trial on the merits of this lawsuit, the City moved for preliminary injunctions against four of the defendants (the only four they could find, apparently), seeking a court order prohibiting the defendants from entering (with limited exceptions) a 50-block exclusion zone in the heart of San Francisco, commonly known as the Tenderloin District.

As a part of its lawsuit, the City filed a number of sworn declarations attesting to the fact that “the overall crime rates in the Tenderloin are historically about three times higher than in the City overall on a per capita basis,” that it “is the epicenter of illegal drug sales in the City,” and that “the situation [in the neighborhood] has worsened in recent years and months.”  These issues, the City alleged, are at least partially the product of the open drug-dealing occurring within the Tenderloin District.

Despite this obvious problem, with all the crime, suffering, and social disorder that has resulted, the trial court denied the City’s motion, and the First District Court of Appeal (Div. 2) affirmed.  The case is People v. Padilla-Martel et al. (Apr. 29, 2022) __ Cal.App.5th __ [2022 Cal.App. LEXIS 370].  If you choose to look up and read the whole case, you’ll find it to be a lot more complicated than I have room to describe here.  But the bottom line is that the Court found that the City’s efforts to clean up its own streets to the benefit of San Francisco’s law-abiding citizens were illegal in that it is the law (as analyzed in detail in the decision) that a public nuisance and the unfair competition laws “categorically prohibit (what is in effect) stay-away orders.”  Additionally, and perhaps more importantly, the Court held that the City's proposed injunctive relief would violate the drug-dealing defendants’ constitutional right to intrastate travel.  (See article I, sections 7 and 24 of the California Constitution.  See also City of Chicago v. Morales (1999) 527 U.S. 41, 53, describing the “‘right to remove from one place to another according to inclination’ as ‘an attribute of personal liberty’ protected by the (U.S.) Constitution;” i.e., the Fifth Amendment’s “Due Process” clause).

The Court noted that at the very least, any attempts to restrict the defendants’ right to travel must be “narrowly tailored to promote a compelling governmental interest.”  The Court found the City’s efforts to do so here were just too broad in scope to be lawful.  “The broad relief the People seek here—a preliminary injunction prohibiting defendants from entering an entire neighborhood of San Francisco—sweeps far more broadly” than the state and federal Constitutions allow.  (In reading this, I did note that there is no mention of the obvious fact that incarceration of San Francisco’s drug dealers would also affect their constitutional right to travel.  But hey, that’s not the issue here.)  The bottom line is that drug dealers have constitutional rights as well, even as the exercise of those rights is turning what used to be a beautiful city into a cesspool, totally ignoring the rights of the Tenderloin’s law-abiding citizens, as well as others (such as myself) who used to enjoy visiting the city.  Makes you wonder if the courts haven’t lost sight of what’s really important here.