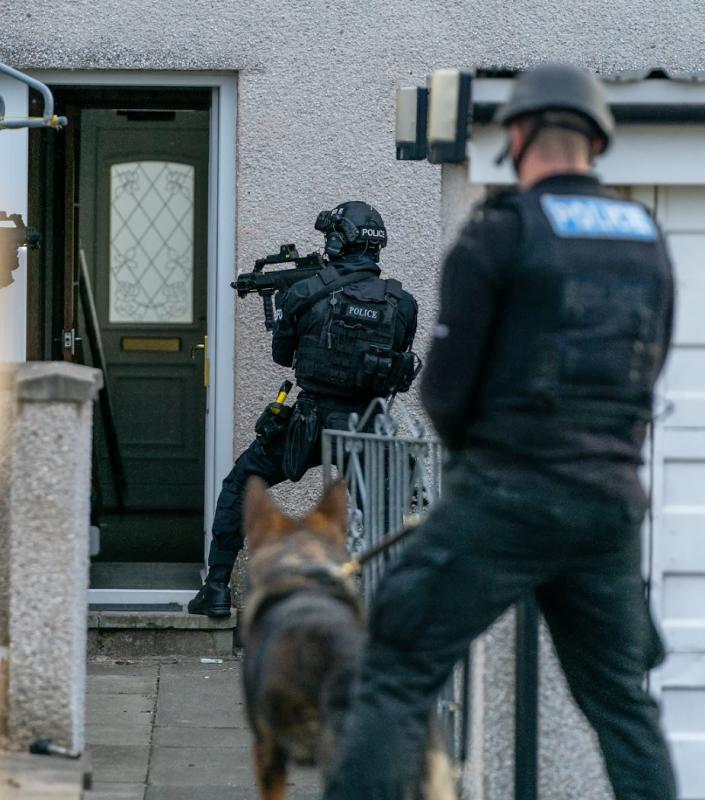 The Use by Law Enforcement of Excessive Force and Civil Liability

In a motion for summary judgment in a civil suit, a court is to assume that the non-moving party’s version of the facts is true.  An exception to this rule is when evidence exists that “blatantly contradicts” the non-moving party’s evidence.  A duty to intercede in the use of excessive force does not apply when an officer has no opportunity to do so.

Plaintiff Corey Hughes was merely 10 days into his six month jail sentence being served at the San Joaquin County Jail when he decided he had better things to do with his life.  So while working on a highway work crew, he decided to just take some time off—going over the fence, . . . literally.  A California Department of Corrections Fugitive Apprehension Team—led by Agent Chris Rodriguez—and other local agencies began an immediate search for Hughes.  Three weeks after his escape, Agent Rodriguez developed information (the informant being the mother of Hughes’ children.) to the effect that Hughes was hiding at the Stockton home of a friend.  What the agents knew of Hughes at the time was that he (1) had prior convictions for possession of a stolen vehicle, weapons possession, and evading a peace officer with a disregard for safety, (2) was affiliated with a violent street gang, (3) had training in mixed martial arts, and (4) abused methamphetamine. These facts led Agent Rodriguez to conclude that Hughes was potentially a dangerous person. So, on December 21, 2017, when they went to check the house where he was allegedly hiding, the officers took the appropriate measures to insure their safety. This included the use of a trained police dog; “Cain.”  At 10:30 a.m., with the entire neighborhood cordoned off by officers from various agencies, agents knocked on the door, but initially got no response.  Soon, however, the resident of the house came out and told the agents that Hughes was inside.  He gave the agents his house keys and permission to enter his home.  A loudspeaker was used to urge Hughes to come out of the house.  This being unsuccessful, Agent Rodriquez, accompanied by several Stockton police officers including Officer Michael Rodriguez (apparently no relation to Agent Chris Rodriguez), and Cain the K-9, all entered the house via the front door.  With the bodycams from several of the Stockton P.D. officers recording the events, Officer Rodriguez is seen and heard twice shouting: “Stockton P.D., come on out or you’re going to get bit by a police dog!”  The bodycam shows an empty hallway from the front door towards the back of the house. The bodycam also fails to pick up any audible response to Officer Rodriquez’s commands.  But when Cain is then released, the dog finds Hughes around a corner of the hallway and immediately bites onto him.  Hughes and Cain are shown on a bodycam “tumbling” into the hallway.  The officers immediately move in to assist the dog.  In the ensuing struggle, Officer Rodriquez’s bodycam gets kicked off of his chest and “suddenly” goes dark at the same time.  During the struggle, Officer Rodriguez later admitted to punching Hughes in the head as Hughes was grabbing for Rodriguez’s gun.  The punch apparently ended the fight, with Hughes being handcuffed.  The bodycam on another officer fails to show the struggle (being pointed elsewhere), but does record the sounds of the officers’ attempts to handcuff Hughes.  This bodycam substantiates the officers’ later testimony that “no more than a single minute elapses” between when Cain is first released, up until the clicking of the handcuffs is heard along with an officer’s verbal announcement that Hughes is in custody.  The Court notes, however, that this second officer’s bodycam footage “does not clearly and unmistakably depict whether punches were thrown before or after Hughes was handcuffed.” This is important because contrary to what was recorded by Officer Rodriguez’s bodycam before it went dark, Hughes later testified that when Officer Rodriguez first demanded that he come out, he did in fact shout back repeatedly in a loud voice: “Hold on, I’m coming out!”  Hughes also claimed to have come out into the hallway, visible to the officers at the front door, and that he had his hands raised in submission.  Hughes further alleged that it was only after he made eye contact with Officer Rodriguez as he showed his empty hands that the officer released Cain.  Hughes also claimed that after he was handcuffed, the officers continued to punch him in the head and face, as Cain continued to bite him, for an additional “two minutes, if not more.”  After being arrested, Hughes was treated at a hospital for dog bites, abrasions, and bruising.  He claimed that the dog bites caused scarring and residual soreness in his left leg.  Hughes later sued the officers involved in his arrest (including Officer Michael Rodriguez and Agent Chris Rodriguez) in federal court—under 42 U.S.C. § 1983—for the use of excessive force (an Eighth Amendment “cruel and unusual” violation instead of a Fourth Amendment violation, he being considered a state prisoner despite his escape) in taking him into custody.  The federal district (trial) court granted the officers’ motion for summary judgment on all claims.  Hughes appealed.